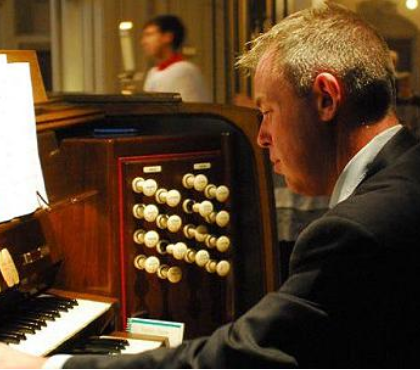 It is with great sadness that Stanmore Choral Society learned that occasional accompanist Nick Gale died in a motorcycle accident in Kensington High Street on March 10th 2015 at the age of 39.

Choir chair Mo Dunning paid tribute to him:  “Nick accompanied us at our rehearsals in the occasional absence of our regular accompanist. It was always amazing how he could just sit down with often unseen music in front of him and be able to play it so well. Not only this, but he always seemed to know just what our conductor wanted.

“Nick was a talented musician.  He read music and was an organ scholar at Oxford University.  His work included 13 years as Master of the Music at the Catholic Metropolitan Cathedral of St George, Southwark, teaching at the London Oratory School, writing and directing music, and leading choral workshops.

“He was a quiet man but his commitment to, and love of, music needed no words. Our thoughts are with his family and friends at this saddest of times.”

Conductor Nick Austin added the following thoughts:  “Nick Gale and I had only been friends for a couple of years – he appeared one evening at Stanmore Choral deputising for James. It was apparent early on that our tastes in music were diametrically opposed – the slightly quizzical look on his face when I asked him to play some John Rutter was absolutely priceless!

“As I got to know him better, mostly through conversations on Facebook, I realised that our tastes in food and drink were also very different. His palate was far more highly developed than mine, as could be seen from the dishes he frequently posted as he visited various European destinations.

“Despite these differences, and many more, I had the privilege of learning from him – he opened my eyes to the works of composers of whom I had never heard and rekindled my interest in early music.

“The idea of family was obviously very important to him – he was usually first to ‘like’ pictures of my own family on Facebook. On that level we understood each other very well!  Hopefully the knowledge that he was loved by so many will bring some comfort in this time of grief. “

We hope you will join us for this special concert.